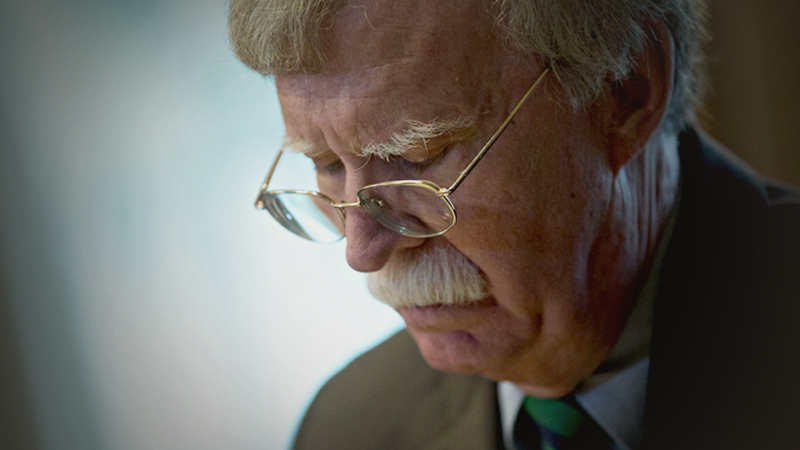 WASHINGTON – President Donald Trump has directly weighed in on the White House review of a forthcoming book by his former national security adviser, telling his staff that he views John Bolton as “a traitor,” that everything he uttered to the departed aide about national security is classified and that he will seek to block the book’s publication, according to two people familiar with the conversations.

The president’s private arguments stand in contrast to the point-by-point process used to classify and protect sensitive secrets and appears to differ from the White House’s public posture toward Bolton’s much-anticipated memoir. The National Security Council warned Bolton last month that his draft “appears to contain significant amounts of classified information,” some of it top secret, but pledged to help him revise the manuscript and “move forward as expeditiously as possible.”

“We will do our best to work with you to ensure your client’s ability to tell his story in a manner that protects U.S. national security,” Ellen Knight, senior director of the council’s records office, wrote in a Jan. 23 letter to Bolton’s attorney.

But the president has insisted to aides that Bolton’s account of his work in Trump’s White House, “The Room Where It Happened,” should not see the light of day before the November election, according to the two people familiar with the conversations, who spoke on the condition of anonymity to discuss internal White House deliberations.

Trump has told his lawyers that Bolton should not be allowed to publish any of his interactions with Trump about national security because they are privileged and classified, these people said. He has also repeatedly brought up the book with his team, asking whether Bolton is going to be able to publish it, they said.

Trump told national television anchors on Feb. 4 during an off-the-record lunch that material in the book was “highly classified,” according to notes from one participant in the luncheon. He then called him a “traitor.”

“We’re going to try and block the publication of the book,” Trump said, according to the notes. “After I leave office, he can do this. But not in the White House.”

“I give the guy a break. I give him a job. And then he turns on me,” Trump added during the West Wing lunch. “He’s just making things up.”

Bolton’s book has promised to unveil key, first-person moments between Bolton and Trump that were at the heart of the president’s handling of Ukraine, a saga that led to his impeachment by the House.

In a recent appearance at Vanderbilt University, former Obama national security adviser Susan Rice attacked Bolton for failing to testify in the impeachment hearings and said she “couldn’t imagine” withholding critical information from the American people to preserve it for a book. Bolton insisted his testimony would not have changed the Senate’s impeachment vote.

As the Senate launched a trial in late January on the House’s charges that Trump abused the power of his office and obstructed Congress, the New York Times reported it had learned a key detail alleged by Bolton in his manuscript: that Trump told him he was conditioning the release of military aid to Ukraine on whether its government would help investigate former vice president Joe Biden and his son.

Trump responded to that story on Jan. 27 by tweeting that he “NEVER told John Bolton that aid to Ukraine was tied to investigations into the Bidens or Democrats.”

Democrats demanded that Bolton be summoned to testify in the Senate trial, but Republicans rejected those calls.

Bolton’s lawyer, Charles Cooper, declined to comment Friday on the claim of classified material and the president’s pledge to block the book’s release.

“The NSC’s pre publication review of Ambassador Bolton’s manuscript is proceeding,” Cooper said. “Ambassador Bolton is continuing to pursue it in good faith. We have nothing to say beyond that.”

In many ways, Bolton remains a captive of the White House review process. He has earned a reported seven-figure advance for his account from publisher Simon & Schuster, which has planned to release the book on March 17.

But Bolton would take a huge legal risk – including the possibility of a criminal investigation – if he published his manuscript without the National Security Council’s final approval.

There is recent precedent to give Bolton and his lawyers reason to pause. A former Navy SEAL wrote a 2012 book about his role in the raid that killed Osama bin Laden, triggering a Justice Department criminal investigation into allegations he published classified details of his work and training as a special operator.

In a 2016 settlement, Matt Bissonnette, who wrote “No Easy Day” under the pen name Mark Owen, agreed to turn over to the government all the profits and future royalties stemming from his book – which amounted to at least $6.6 million at the time. As part of the deal, Bissonnette acknowledged he failed to get his manuscript properly cleared by the Pentagon. In exchange, the Justice Department agreed to dismiss any other claims and drop any plans to prosecute him for the release of classified information.

Robert Luskin, the lawyer who represented Bissonnette after he came under investigation, said Bolton can challenge the White House review but it is unclear how he might fare.

“The challenge for Bolton is that the president has pretty broad power to classify or declassify; but once the manuscript has actually been submitted for review, Bolton would have the right to challenge undue delay or purely capricious or vindictive exercises of the government’s authority to review and require changes,” Luskin said. “He could get judicial review, but the process would not be fast and the rules not especially clear. ”