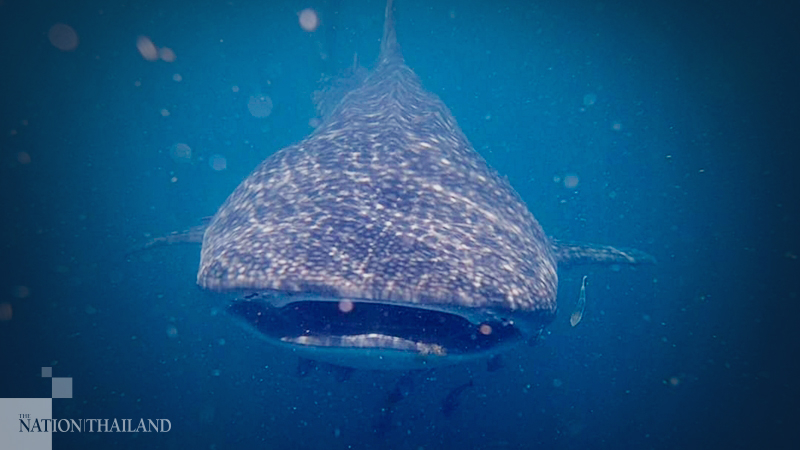 By The Nation
Koh Lanta National Park officers encountered a 4-metre whale shark swimming near Koh Haa Island in Krabi province on Sunday during an exploration of the marine ecosystem in the park.

Its chief said Koh Haa is a marine park that has one of the most beautiful lagoons in Krabi and there are numerous plankton in the area, which attracted the whale shark. However, it was rare for these huge creatures to appear in that zone. 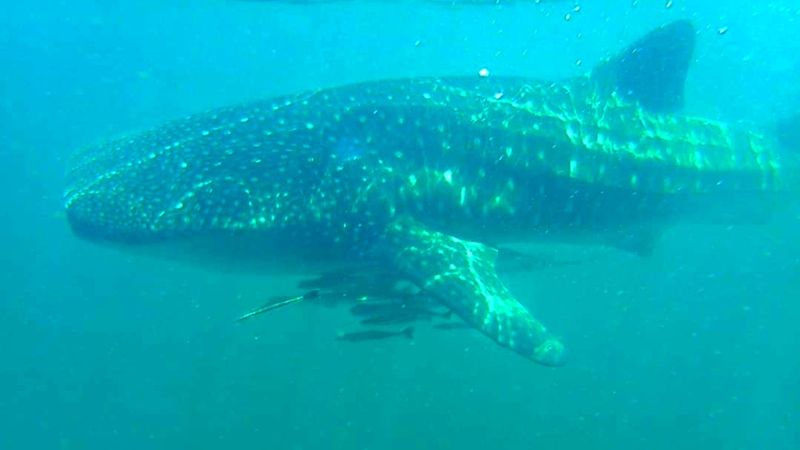 The giant fish showed no signs of fear for humans and even swam with ecstatic divers for a while. The park’s officers recorded a video of the incident before posting it on social media, drawing excitement from netizens.

The national park chief added that whale sharks are not harmful, but he advised tourists to snap pictures and record videos of them without using a flash, which might terrify the large creatures.