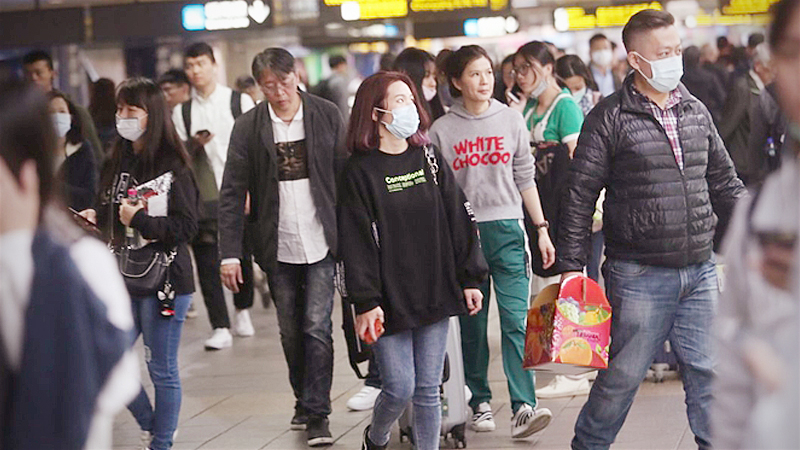 As of noon Monday, 402 suspected cases of the new type of coronavirus had been reported in Taiwan, according to the Central Epidemic Command Center. (CNA)

TAIPEI (CNA) — Another Taiwanese woman who returned from the Chinese city of Wuhan has been diagnosed with the 2019 novel coronavirus (2019-nCoV), the fifth such confirmed case in Taiwan, according to the Taiwan Centers of Disease Control (CDC) Monday.

The woman, in her 50s, had been working in Wuhan since October last year and returned to Taiwan on Jan. 20, before seeking medical attention Jan. 25 after developing a fever and muscle aches, the CDC said.

Health Minister Chen Shih-chung (陳時中) said the woman was on the same flight as another woman who returned from Wuhan and was later confirmed as the first case of the coronavirus in Taiwan.

The CDC reported that the woman did not visit the Huanan Seafood Wholesale Market, a wet market, in Wuhan where the coronavirus is believed to have been passed from animals to humans.

She is currently in a stable condition under hospital quarantine, the CDC added.

As of noon Monday, 402 suspected cases of the new type of coronavirus had been reported in Taiwan, according to the Central Epidemic Command Center.

While infection has been ruled out in 190 of those cases, five have been confirmed.

Due to concerns over the coronavirus epidemic that originated in Wuhan, Hubei Province, Taiwan’s CDC has extended its highest travel warning to Hubei, urging people to avoid unnecessary travel to the area.

Currently there are about 200-300 Taiwanese businesspeople in Wuhan, said Tsai Chih-ju (蔡志儒), an official at Taiwan’s Mainland Affairs Council.