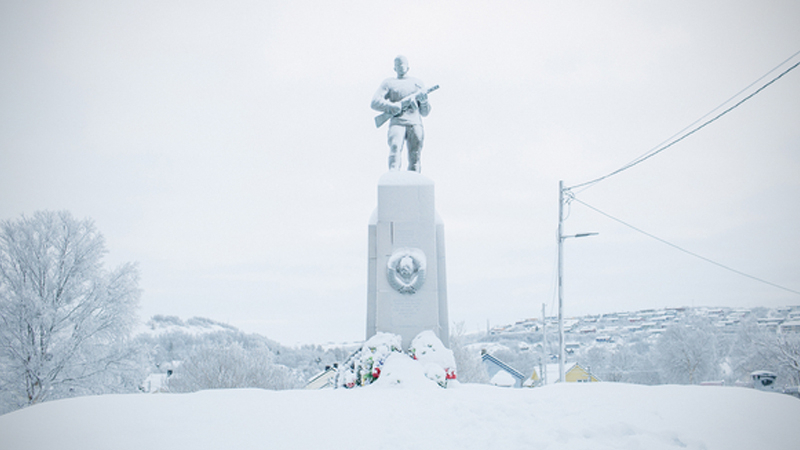 In Kirkenes is a Norwegian monument honoring the soldiers of the Soviet army who liberated the town from Nazi German occupation in 1944. MUST CREDIT: Photo for The Washington Post by Ksenia Ivanova
By The Washington Post · Isabelle Khurshudyan · WORLD, TECHNOLOGY, EUROPE

MOSCOW – On a stretch of Norway’s Arctic border known for its views of the Northern Lights is the small town of Kirkenes. Its population is under 4,000 and the local online newspaper has a staff of just two.

And it’s here that Russia is signaling what the future may hold: a wider hand in trying to censor the internet at home.

At issue is the Barents Observer, which publishes in English and Russian, and a story about an openly gay man who twice contemplated suicide but then changed his mind and is now speaking out to promote mental health. Russia’s state telecommunications regulator, Roskomnadzor, flagged the story for propagating suicide and blocked the entire Observer website in Russia last year. 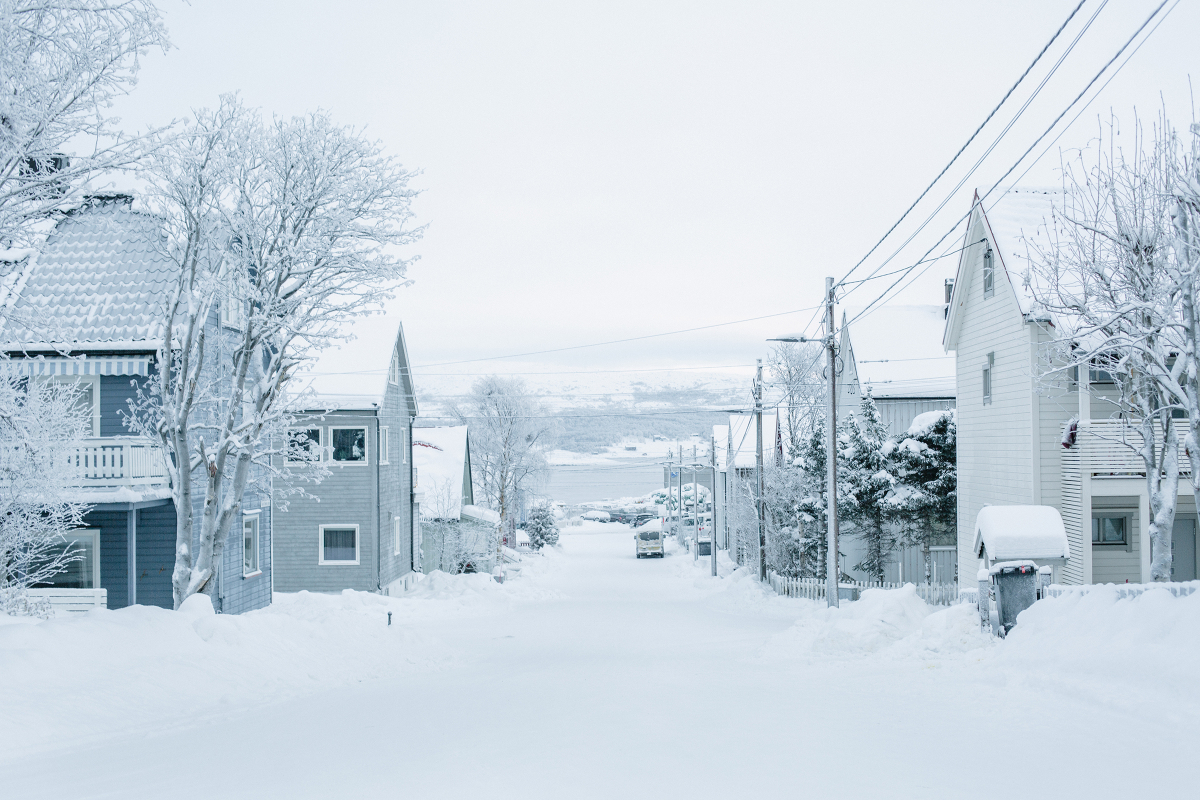 Kirkenes, Norway, is home to the Barents Observer, an online newspaper that publishes in English and Russian. MUST CREDIT: Photo for The Washington Post by Ksenia Ivanova

But the editor of the Barents Observer wonders whether the website was targeted because of anti-Kremlin positions in the past.

From Japanese comics to political opposition web addresses to a small Norwegian publication that had roughly 20,000 Russian readers per month, Russia’s so-called “blacklist” has eclipsed 300,000. But although Moscow has become notorious for meddling in the global internet, doing so at home isn’t as easy – especially in a society that’s already used to online freedoms. 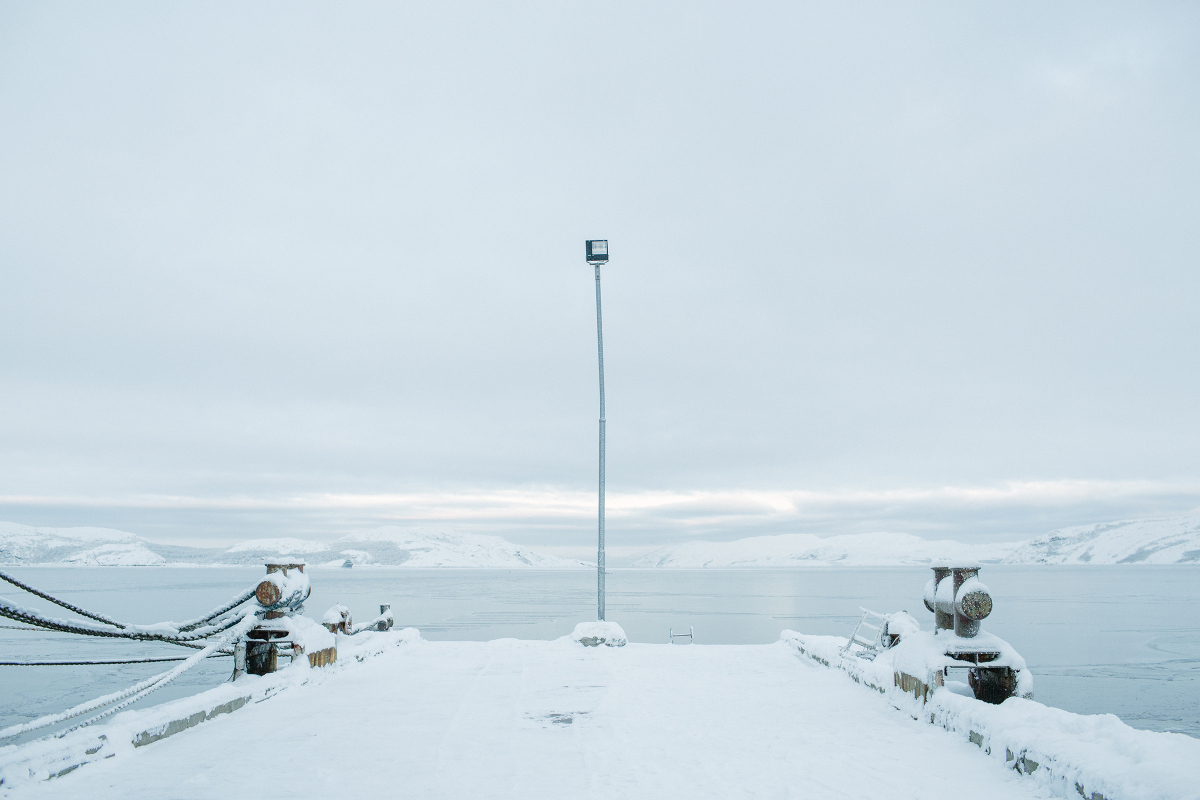 The view from a pier at Kirkenes. The Barents Observer has lost two-thirds of its Russian audience since being put on Russia’s Internet blacklist. MUST CREDIT: Photo for The Washington Post by Ksenia Ivanova

The legislation came into force in November, but it could be a year before the technology is in place. It aims to route Russian web traffic and data through points controlled by state authorities and to build a national domain name system. This, supporters claim, would give Russia greater control of internet content and traffic.

Authorities backing the bill have described it as a cybersecurity measure needed to defend Russia by building a fenced-off network.

But critics see it as the government’s way of further cracking down on one of the few free sources of information remaining in the country.

Cable news channels are state-run, and the television audience is gradually declining, according to the Levada Center, an independent Russian pollster. Its study of the Russian media landscape in 2019 also revealed that social networks have replaced television as the main news source for young Russians, and although 80 percent of the population had confidence in television as a news source 10 years ago, that figure is now 55 percent.

“Cyber activity has been harnessed by the Russian government to target governments and activists externally but now those same tools are turned inward,” said Heather A. Conley, director of the Europe Program at the Center for Strategic and International Studies. “Russian officials have seen how the internet and social media can be used by civil society to share information, organize grass-roots protests across Russia and as an instrument of transparency against Russian corruption.”

Around the same time, the first measures were introduced to block undesirable content on the internet, specifically targeting child pornography, drug-related material and anything that could be considered as encouraging suicide.

The blacklist was supposed to be implemented by nongovernmental organizations, but the role instead went to watchdog Roskomnadzor. More than 10 state agencies can ask Roskomnadzor to block a website.

“That particular legislation did nothing wrong, but it was used as a model to introduce further initiatives,” Ponomarev said. “They were introducing laws but already for the political cases – what they called extremism, terrorism and this kind of stuff, which led to the establishment of real censorship.”

The result has been a loose definition of what can be blocked. Some Japanese manga has been added to the blacklist as child pornography. News websites run by Kremlin critics Mikhail Khodorkovsky and Garry Kasparov are inaccessible to Russians because they’ve been categorized as “extremism.”

And the Barents Observer was punished for allegedly promoting suicide even though the subject of its story was doing the opposite.

Thomas Nilsen, the editor, suspects the real trouble dates to 2014, when a Russian official publicly accused the website of anti-Russian reporting because it used terms such as “Putinism” and was critical of the country’s annexation of Crimea from Ukraine.

“We are located in probably the most remote corner of Europe,” Nilsen said. “But not because we chose to end up in this situation, we feel that, yeah, we are on the border to Russia but we are also on the border to the fight for freedom of the internet.”

Not all of Russia’s Internet blockades have been successful.

After the Telegram messaging app, especially popular in Russia, refused to give authorities access to its users’ encrypted messages in 2018, Roskomnadzor unsuccessfully attempted to block it but inadvertently denied Russians access to a slew of unrelated online services.

Telegram remains widely used by Russians, including many officials – even Roskomnadzor head Alexander Zharov is on the app. The country blocked LinkedIn in 2016 because it stores the user data of Russian citizens outside of Russia, but it’s been hesitant to take the same action with more popular social platforms Facebook and Twitter.

“They perfectly understand that 90 percent of (online) users are apolitical,” Khodorkovsky said. “But if you deprive them of a beloved product, they can politicize, which no one wants.”

Artem Kozlyuk of Roskomsvoboda, a group that fights censorship on the internet and promotes freedom of information, said that the new sovereign internet law “opens up a new chapter of regulation” because it involves infrastructure control through deep-packet inspection technology – an advanced way to filter traffic.

He doubts that Russia will actually have the capability to cut itself off from the global web, as the country’s authorities have claimed. But service could go dark in some regions for a short time.

That’s already happened during protests in Moscow and Ingushetia, a republic in the Caucasus region.

A block had devastating consequences for the Barents Observer. The publication has lost two-thirds of its Russian audience since being put on the internet blacklist.

Nilsen, the Observer’s editor, said he’d rather that happen than to succumb to self-censorship.

“We have decided never to compromise on what we are writing,” he said. “We are following what we believe is good ethics of journalism. And we don’t want to change anything because Roskomnadzor disagrees with us.”