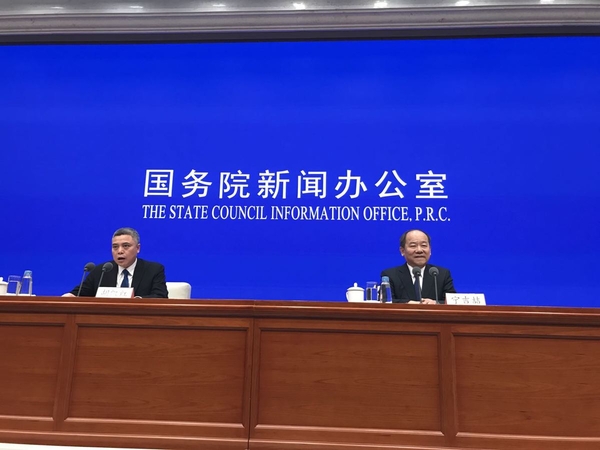 Growth in the fourth quarter was 6.0 percent, the same as the third quarter.

China’s per capita GDP reached $10,276 in 2019, Ning Jizhe, head of the NBS said at the news conference on national economic performance.

Despite the easing, the national economy was generally stable in 2019 with main projected targets for development achieved, laying a solid foundation for completing the building of a moderately prosperous society in all aspects, said the NBS in a statement.

Fixed-asset investments expanded by 5.4 percent year-on-year in 2019, versus 5.9 percent growth for the previous year.

China’s surveyed urban unemployment rate nationwide was 5.2 percent in December and was kept between 5.0 percent and 5.3 percent for the year, the bureau said.

The NBS also said that the economy faces mounting downward pressure, and the country will take coordinated steps to ensure steady economic growth, the bureau said in a statement.