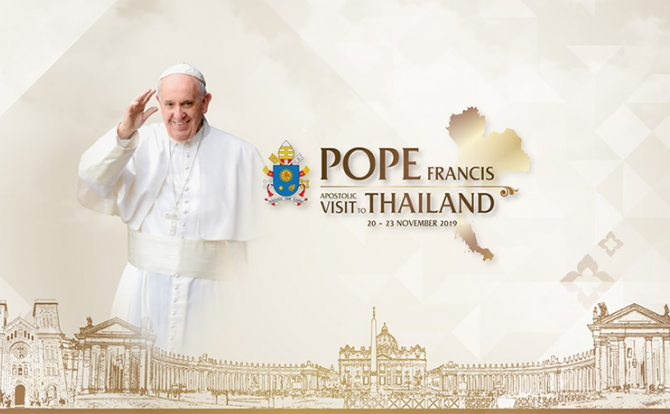 Thailand Post announced on Tuesday (November 19) that it is collaborating with the Catholic Bishops’ Conference of Thailand (CBCT) to release special commemorative stamps marking Pope Francis’s apostolic visit to Thailand.

The stamps, which are aimed at collectors, will portray the leader of the Roman Catholic Church and Vatican City’s official visit to Thailand on November 20-23 on three portraits across 4 stamps, along with a QR code that can be scanned to view the music video “Let Love be the Bridge” performed by artists, actors and singers who are Roman Catholic. 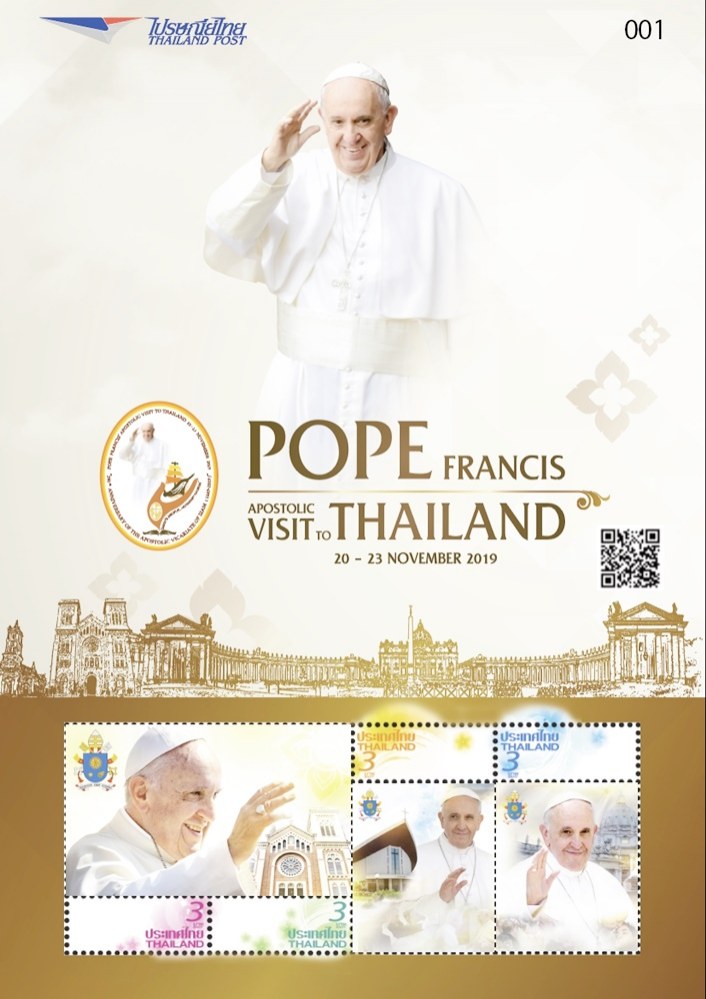 Furthermore, during the papal visit Thailand Post will host an exhibition on Pope Francis’ apostolic journeys as a pilgrim of peace in the past 7 years (2013-2019) to 50 countries through commemorative stamps released by each of them at the Samsen Nai Philatelic Museum in Phayathai District. The “Let Love be the Bridge” CD will also be sold at the exhibition for Bt99 a copy, with part of the profits going to the CBCT for charity.

The last papal visit in Thailand took place 35 years ago when Pope John Paul II visited the country in 1984. During the last visit Thailand Post also released commemorative stamps with portraits of the Pope and King Rama IX.

Related Story: Thousands of police to be deployed for pope’s visit