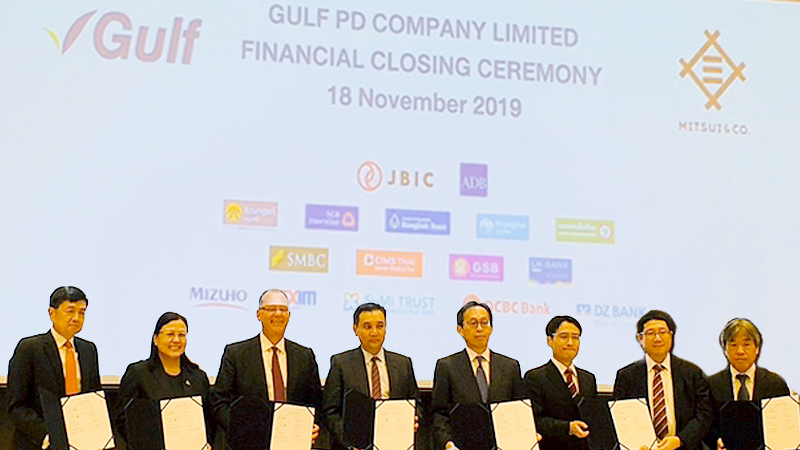 ADB’s support is composed of a regular loan of $50 million and a B loan of up to $85 million. The bank will also mobilise $45 million through the Leading Asia’s Private Infrastructure Fund (LEAP), established in 2016 and supported by the Japan International Cooperation Agency.

The ADB signed the loan agreement with its cofinanciers – the Japan Bank for International Cooperation and 12 other international and local commercial banks – playing an anchor lender role in the project by catalysing up to $764 million in commercial cofinancing. The B loan will be funded by Singapore’s Oversea-Chinese Banking Corporation and Germany’s DZ Bank.

The agreement for the Eastern Economic Corridor Independent Power Project was signed by ADB deputy director-general for Private Sector Operations Christopher Thieme and the GED CEO Sarath Ratanavadi at a ceremony in Bangkok.

“The project will build the fourth-largest power plant and one of the largest combined cycle gas turbine power plants in Thailand, which will be key to the Eastern Economic Corridor [EEC] development plan, considered as the prime economic growth driver for the country until 2028,” said Thieme. “The ADB is proud to play an essential role in this transaction, which will help provide reliable power to industry and households and boost Thailand’s economic growth and development prospects. We are particularly pleased to bring in additional cofinanciers to this transaction through our B loan programme and LEAP, since the financing gap will be one of the major challenges for the success of the EEC development plan.”

The plant will be fully operational by 2024, delivering at least 16,000 gigawatt hours of electricity. With the state-of-the-art combined-cycle gas turbine technology to be used at the plant, the project will mean one million fewer tonnes of carbon dioxide is emitted every year compared to current electricity grid emissions, said a press statement. The plant will be integral to sustaining Thailand’s energy security given that more than 8,500 MW of generating capacity – equivalent to about 20 per cent of current national energy capacity – of ageing power plants will be retired between 2020 and 2025.

According to the statement, Gulf PD was established in 2012 to develop, construct, own, and operate the 2,500MW power plant, while GED is a leading power generation company with the largest portfolio of contracted power purchase agreements in Thailand. Mitsui, established in 1947, is one of Japan’s largest trading companies involved in the development of more than 74 power projects globally.

The ADB is committed to achieving a sustainable Asia and the Pacific, while continuing its efforts to eradicate extreme poverty. In 2018, it made commitments of new loans and grants amounting to $21.6 billion.