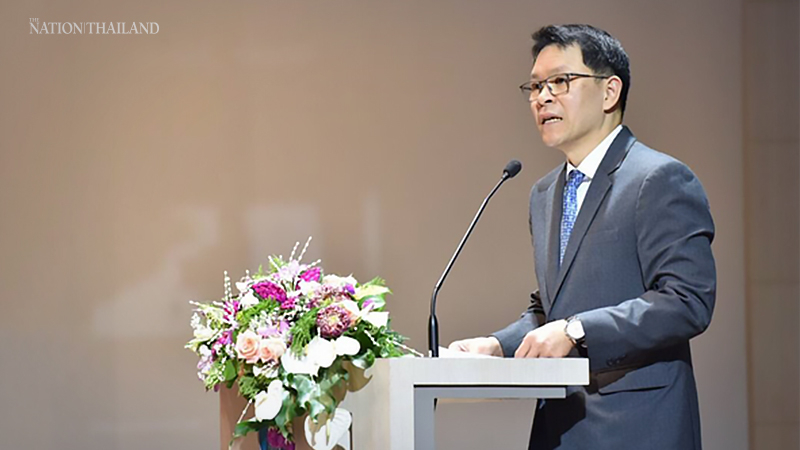 The global trade war and the steep appreciation of the baht are key risk factors for the Thai economy next year, according to economists.

Central bank governor Veerathai Santiprabhob said the economy would expand 3 per cent this year. The impact of the US-China trade war had hurt manufacturing, investments, exports and employment. “We are starting to see reduction of working hours and overtime jobs,” he warned.

“So far, the trade war has had only a slight impact on the Thai economy because the country has ample buffer — a high current account surplus and foreign exchange reserves,” he explained.

In the first nine months, Thailand ran a current account surplus of $26 billion while FDI rose to $8 billion, he said.

Investors see baht-denominated assets as safe haven, leading to capital inflows and appreciation of the baht, he said.

The central bank recently issued a series of measures to prevent the baht’s rapid rise.

Pipat Luengnaruemitchai, assistant managing director at Phatra Securities, said there were many risk factors next year. Uncertainty remained high due to the impact of the trade war, Pipat said on Thursday at a seminar entitled “Thai Economy 2020: Looking Ahead”, hosted by the Thammasat Economics Association. Thailand also will face a decline in the labour force as the country is now an ageing society.

Consumer spending next year will continue to come under pressure as people’s incomes are already impacted by slow economic growth and weakening investment, he said.

“Looking ahead to the medium and long-term, risks will increase significantly due to the trade war and global geopolitics, Those factors will have a huge impact on the global economy, and technology disruption also will have a negative impact on the economy,” Pipat warned.

The baht is expected to rise further against other currencies after appreciating about 20 per cent in recent years.

“The continued appreciation of the baht will further erode severely Thailand’s competitiveness,” he said, adding, a stronger baht will make Thai products more expensive than those of its competitors.

Amornthep Chawla, senior executive vice president at CIMB Thai, predicted that economic growth next year would be between 2.5 to 3 per cent driven by tourism. The market believes that the trade war will drag on, probably for 10 years, as the United States does not want China to become the number one global superpower, he said. US elections next year could boost Thai exports to 2018 levels after an estimated contraction of 2 per cent this year.