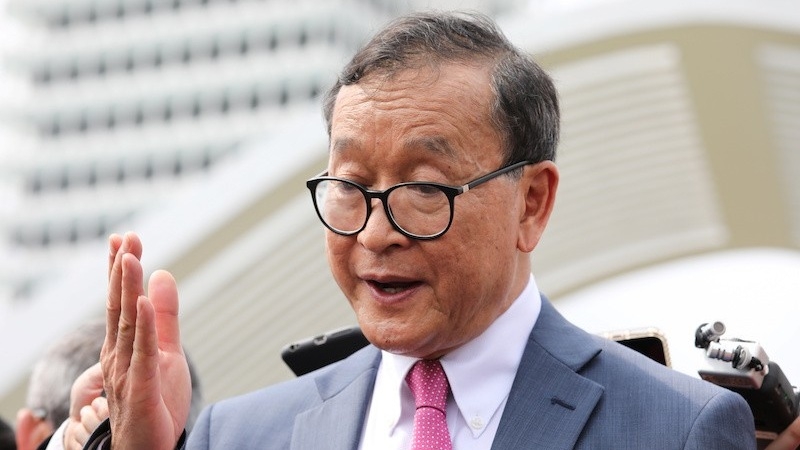 JAKARTA – Cambodian opposition figure Sam Rainsy landed in Jakarta from a flight from Kuala Lumpur on Thursday morning after reportedly being barred from a similar flight a day prior.

Cambodian opposition figure Sam Rainsy landed in Jakarta from a flight from Kuala Lumpur on Thursday morning after reportedly being barred from a similar flight a day prior.

Rainsy retweeted a post by Mu Sochua, vice president of the outlawed Cambodia National Rescue Party (CNRP), who wrote that Rainsy had “safely landed in Jakarta this morning” and that he would meet with Indonesian lawmakers.

There was no immediate response from Indonesian officials about Rainsy’s arrival.

Malaysia Airlines said on Wednesday it had prevented Rainsy from boarding a flight Wednesday afternoon from Kuala Lumpur to the Indonesian capital on the instructions of Indonesian authorities, Reuters reported.

Rainsy, who lives in self-imposed exile in France, has been in Malaysia since the weekend after initially stating he planned to return home on Saturday to rally the opposition to Cambodian Prime Minister Hun Sen.

However, Indonesian immigration spokesperson Sam Fernando has denied he was barred from entering the country on Wednesday, saying that “from immigration’s side, there has not been a request to deny his entry”, according to Reuters.

Rainsy later wrote on Twitter on Wednesday that he had missed his flight from Kuala Lumpur and would catch another one to Jakarta early Thursday. “Will arrive at Jakarta Soekarno Hatta International Airport at 10:10 a.m. by flight MH711,” Rainsy posted on Twitter.