British luxury fashion house DAKS makes it debut in Thailand recently with the launch of its first store and a special collection that marks its 125th anniversary. Brought to the country by ICC International, the store marked its arrival with a fashion show presented by Teeradetch “Alek” Metawarayut and Kannarun “Prang” Wongkajornklai, an exclusive exhibition and a live painting show by world-renowned artist Takeshi Sato. 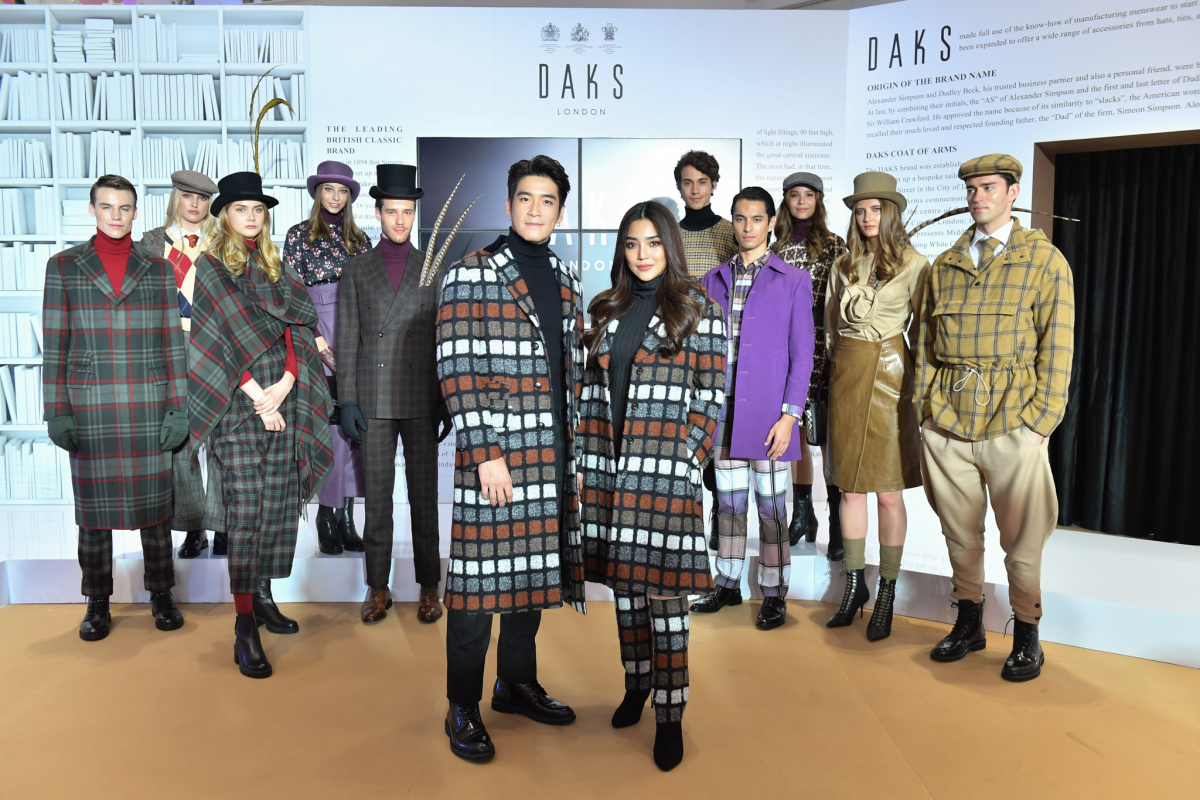 The exhibition portrayed the brand’s 125 years of history, from its birth in1894 in London, its close ties to the British Royal Family and its constant innovations over the years to remain relevant. Also on show was “I am Charles”, a hand-made teddy bear a massive 1.5m high. The “125th DAKS Anniversary Check” collection is centred on the architecture of the Royal Albert Hall in London and underlines the brand’s expertise in design, use of colour, texture, and details, reflecting British elegance. Designs and colours, namely purple, brown, acid green and grey, are inspired gy British writers and their most important works: “The Moon and Sixpence” by William Somerset Maugham, “The Remains of the Day”, written in 1989 by Nobel prize winner Kazuo Ishiguro, and “Pygmalion by George” Bernard Shaw. 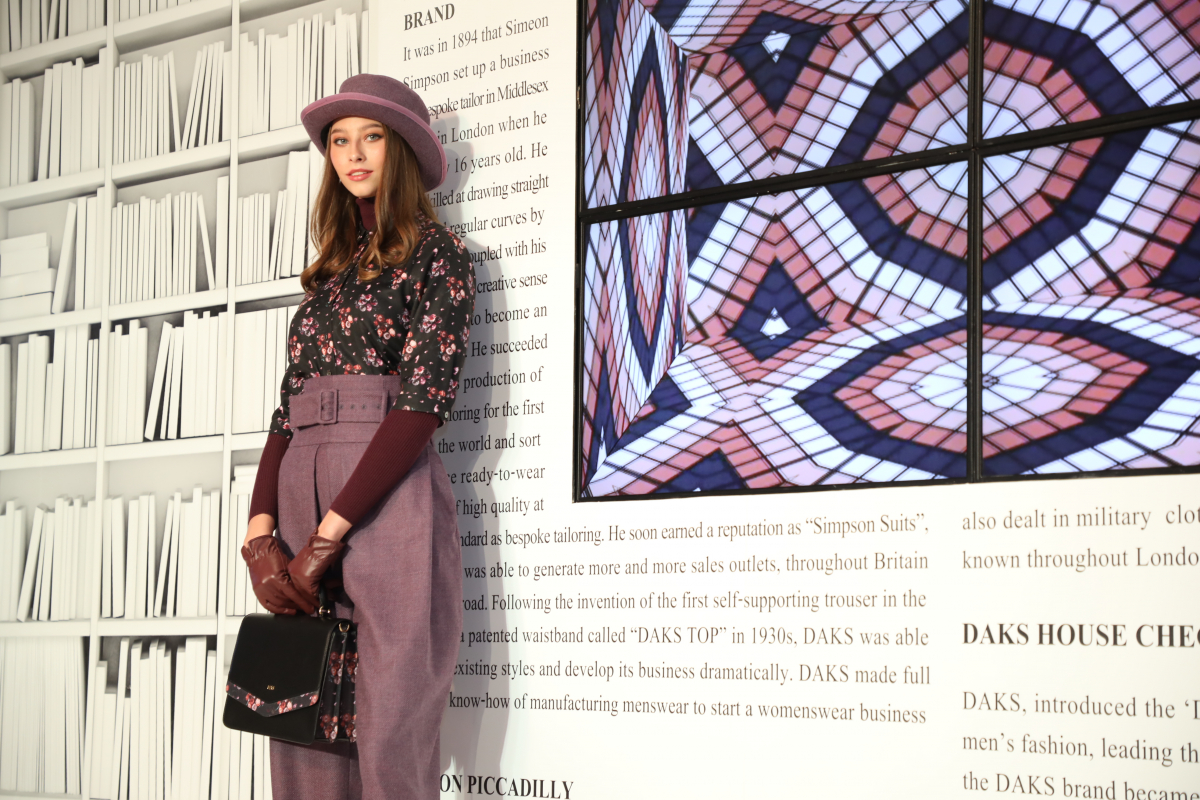 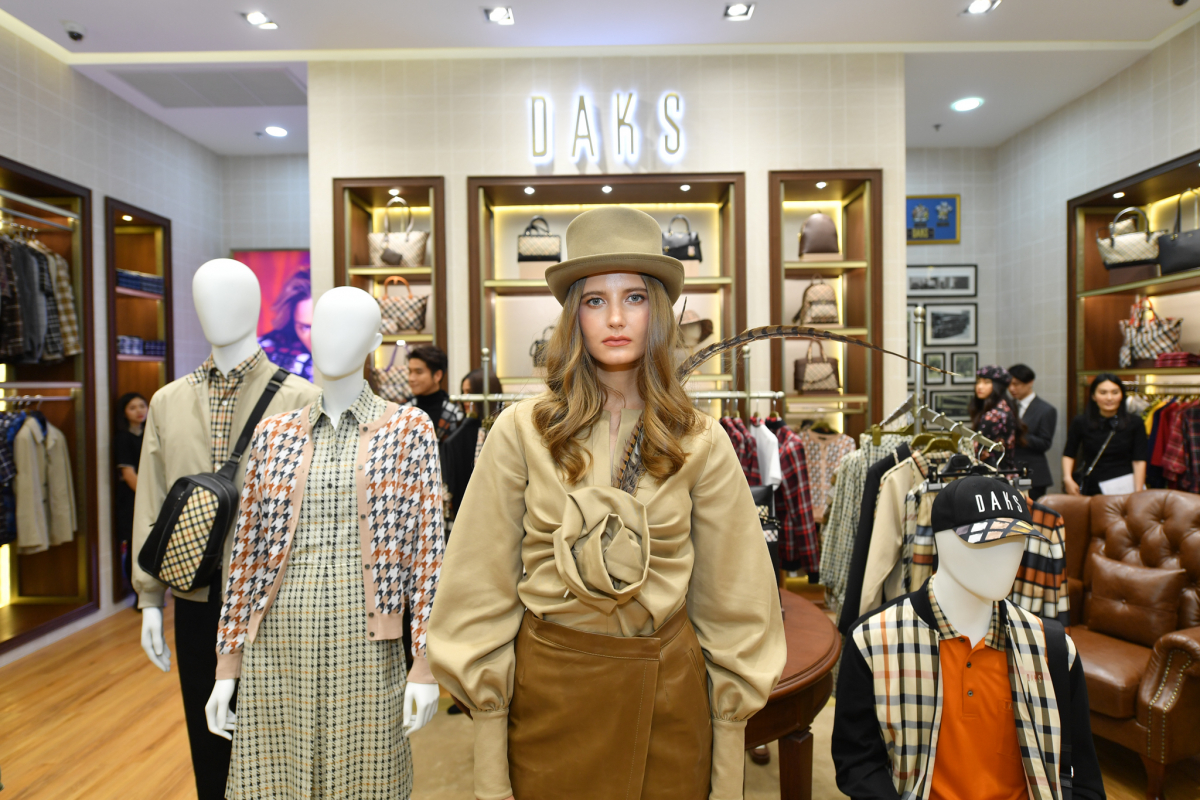