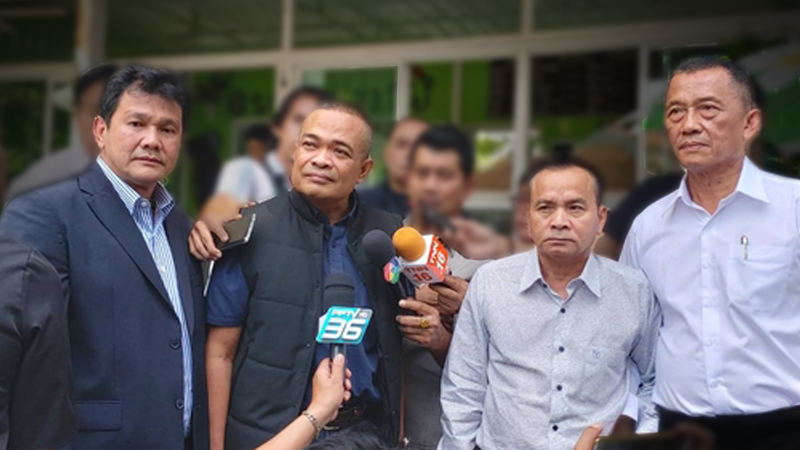 Jatuporn Prompan (center)
By THE NATION

Three members of United Front of Democracy against Dictatorship (UDD), commonly referred to as red shirts, were at Pattaya Provincial Court on Thursday (October 31) to hear the Supreme Court’s ruling on their case formally read out.

Pol Lt Col Waipot Amornrat, Samroeng Prajamrua and Worachai Hema joined nine others previously convicted in being sentenced to four years in prison without suspension for their roles in the 2009 protest storming of the Asean Summit in Pattaya.

The Supreme Court upheld the ruling of two lower courts in jailing 13 red shirts for the violent action at the summit venue, the Royal Cliff Beach Resort, as part of a protest against the then-government of Abhisit Vejjajiva, which resulted in the evacuation of summit delegates and the postponement of the proceedings.

Jatuporn Prompan, a UDD leader who did not participate in the 2009 Pattaya action, was present in the court to show support for his followers.

All other defendants had attended the lower court hearings with the exceptions of Arisman Pongruangrong, Chawanlop Yangtrong and Thanakrit Cha-Aimnoy, who have yet to respond to court summonses.

An estimated 2,000 red shirts broke through police barricades to surround the summit venue and demanded that Abhisit step down as prime minister. The summit was rescheduled for Phuket in June the same year, with tighter security.