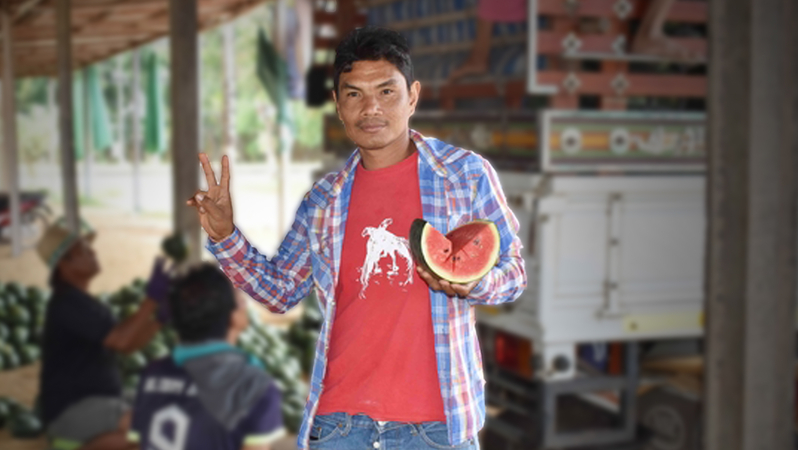 Watermelon season has returned to the Northeast and Kalasin’s Khok Don Hun market has risen from the floodwaters to reclaim its title as the biggest and best place in Thailand to buy the fruit. 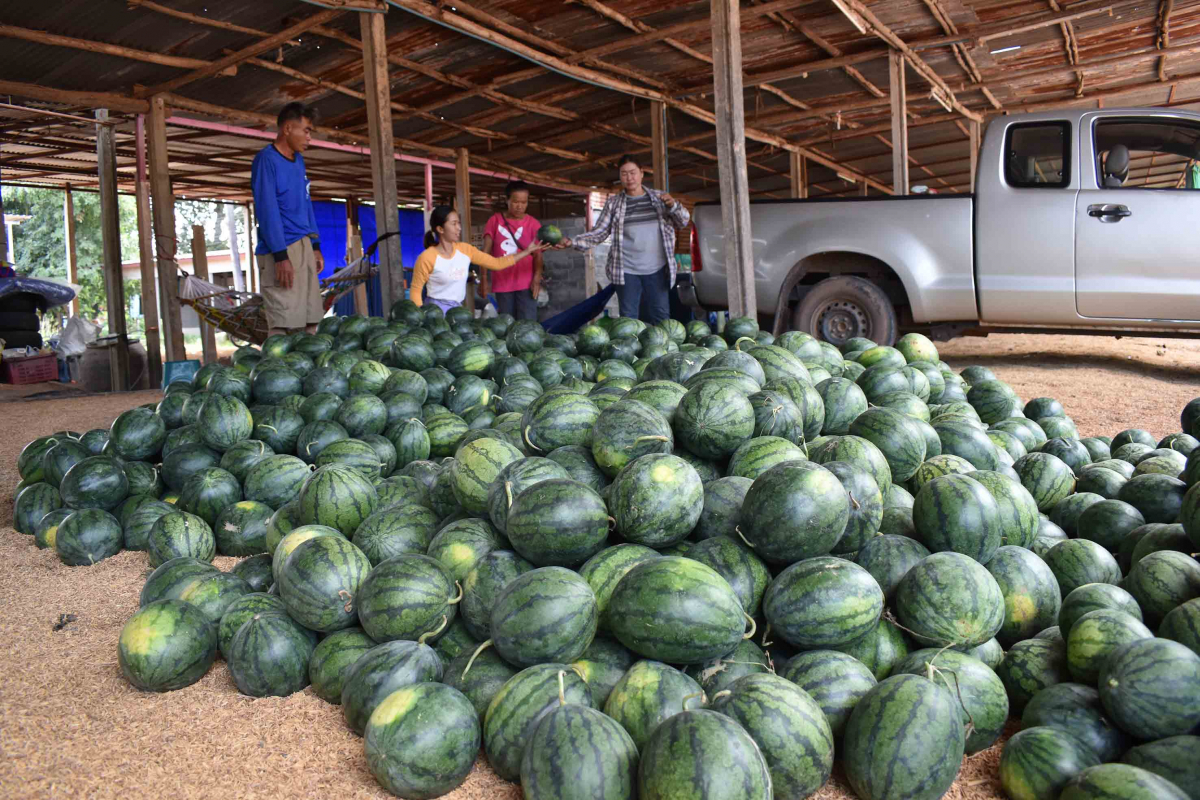 Farmers arrived from around the region on Thursday morning (October 24) in trucks laden with their produce, including 200 tonnes of watermelon.

Local grower Yuanjit Phuwongwieng said the market opens every October just as the melons are plump enough and the season will continue into February. 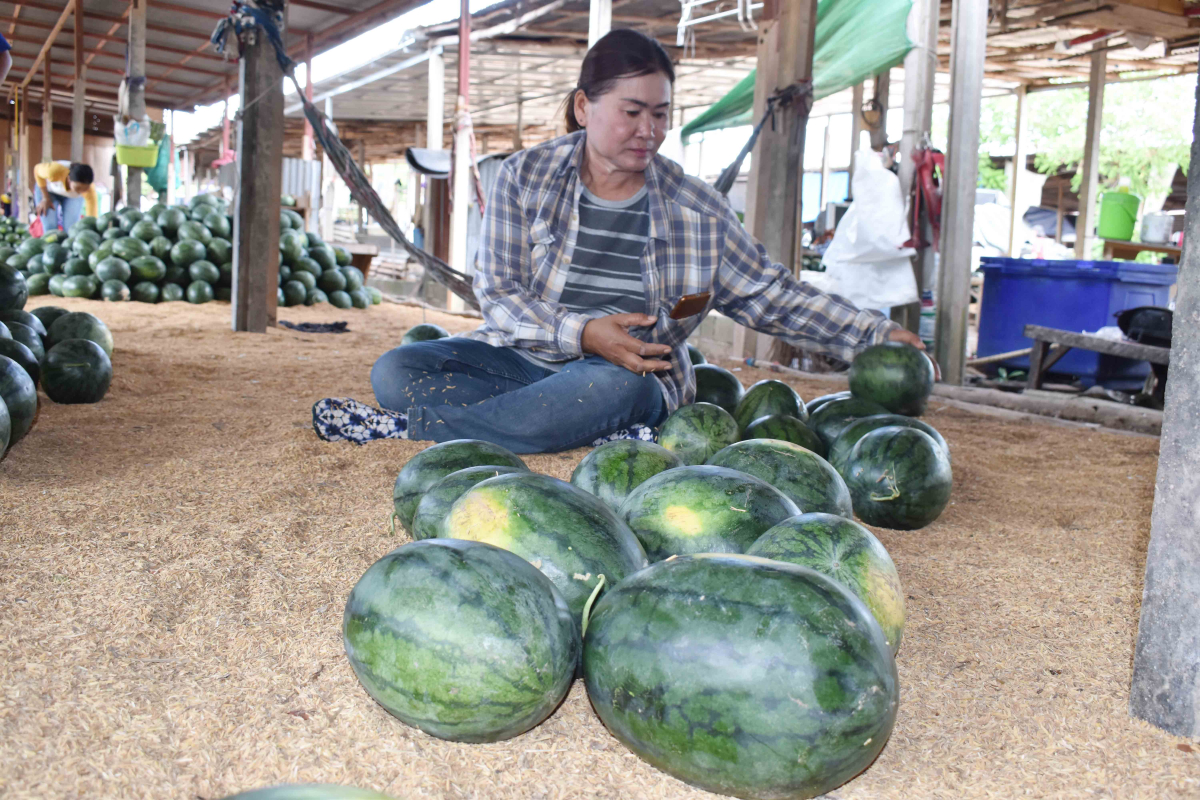 Kalasin farmers prefer to lease land outside irrigated areas to cultivate watermelons, he said, and can command Bt7-12 per kilogram for the various types, including Kinnaree, Torpedo, Sonia, Jintara and King Orange.

Nakin Phujapon, the village head in Don Ya Nang, said the market would sell 200 tonnes of watermelons daily on average, rising to as much as 500 tonnes in November when the fattest fruit becomes available.

This season’s crop is expected to fetch more than Bt10 million. 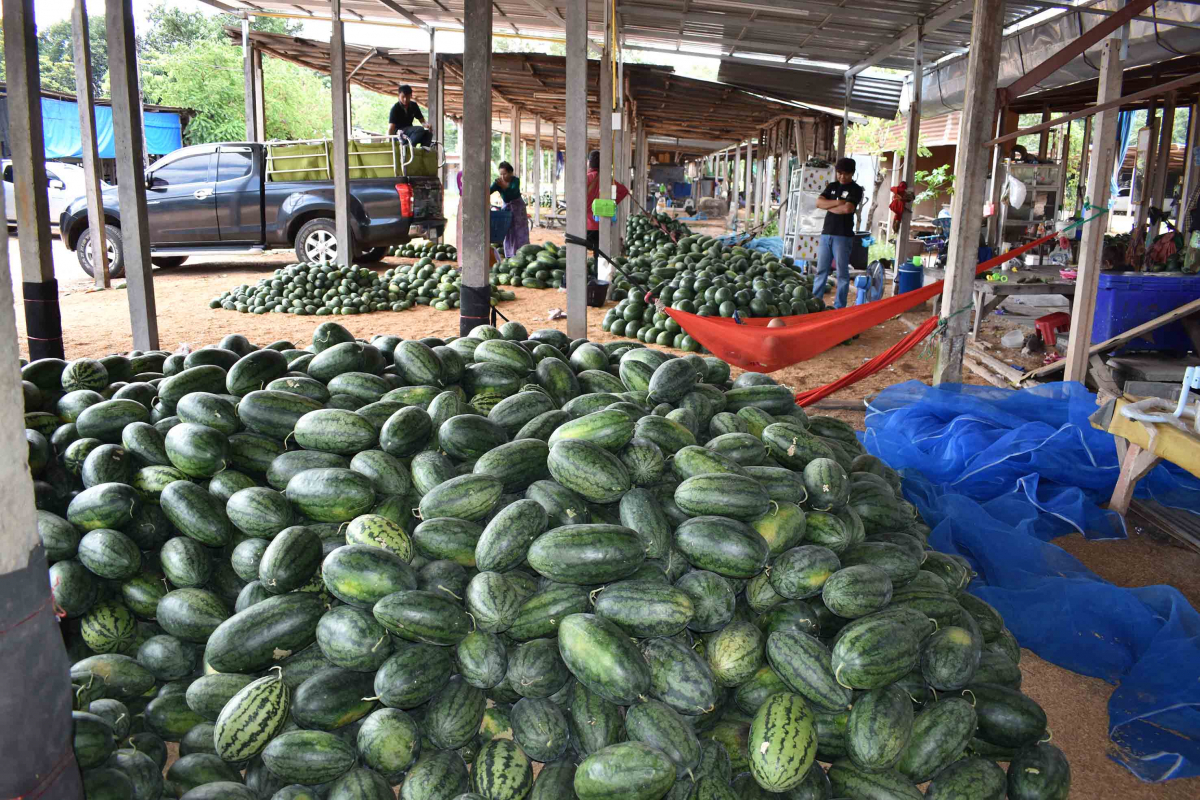