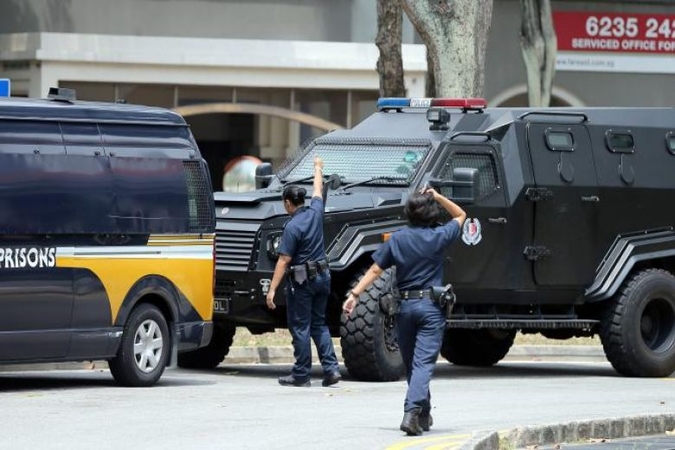 On Thursday, Ahmed pleaded guilty in a district court to two charges in connection with two payments he had made amounting to about $1,145 in total to an individual who was “facilitating terrorist acts” overseas.

The court heard that Ahmed had become radicalised some time in 2013 after he came to know of the website and YouTube channel of Sheikh Abdullah al-Faisal, a radical preacher living in Jamaica.

Deputy Public Prosecutor Chong Yonghui said Ahmed was aware that the radical preacher supported physical jihad, “including the use of violence against ‘intruders’ who were described as ‘non-Muslims attacking a Muslim area or location'”.

The preacher also said it was an obligation for Muslims to set up a Muslim caliphate, and commended the terrorist group Islamic State in Iraq and Syria (ISIS) for doing this through violence.

Ahmed agreed with the preacher’s religious ideology and reached out to him, said DPP Chong.

The duo communicated via Facebook, e-mail and the messaging app WhatsApp.

Ahmed then discovered that he could donate money to Sheikh, and did so in July 2016 by transferring $1,059 to a “Patrick Gray”, who was collecting donations on Sheikh’s behalf. A second sum of US$62 (S$85) was transferred to Sheikh’s wife in Sept 3 that year.

“The present facts highlight starkly the dangers of terrorist propaganda and its insidious far-reaching effects,” said DPP Chong, who called for a deterrent sentence to reflect the “approbation of such offences”.

“It cannot be overstated that the funding of terrorist propaganda which preaches violent religious ideology must be clamped down upon unequivocally,” he added.

“In so doing, Singapore continues to fulfil her duty as a member of the global community in the unending fight against terrorism.”

Ahmed, who was not represented, pleaded for leniency, adding that he had a mother who has dementia, and a young son.

He told the court that he wants to be a good citizen of Singapore upon his release.

District Judge Ng Peng Hong agreed with the prosecution’s proposed sentence of 30 months’ and 18 months’ jail for the two charges respectively. Both sentences will run concurrently.

For terrorism financing, Ahmed could have been jailed for up to 10 years and fined $500,000.